Last week, a press release dropped in my inbox announcing the arrival of a new concept speed-dating night called " Shhh ". In a nutshell, it's silent speed-dating; no talking allowed, the idea being that it will create "a deeper, instantaneous connection" between lonely people looking for love or a fuck. My immediate reaction was exhaustion. Londoners, not satisfied spending their entire weekends photographing street art in car parks or eating cronuts in onesies, seem to have roped their love lives into the endless quest for novelty. Chit-chat aside, I had some reservations about the "full-on" nature of the Shhh experience. Even in my most intense relationships, the idea of someone fixing me with some dreamy, thin-lipped pout-gaze does something to my acid reflux. But then I am also very conscious of dying alone.

Small talk is my foreplay. I want to know what supermarkets you have in your hometown. I want to mull over the day's precipitation. I would be boarding the love train at The Jam Tree in Clapham, so called because the cocktails have little blobs of jam in themwhich is precisely the kind of thing that has seen Clapham essentially secede from the rest of London and become a kind of fuckwit caliphate run by Time Out.

I bought myself a beer. Enter Adam Taffler, the heavily lip-bearded ringmaster of this circus of solitude. He summoned the men into the room with his whispery voice; it sounded like paper.

The dating games were about to commence. While I was hoping to get straight down to some eye-ballin', Adam wanted to get our juices flowing with some office-away-day style exercises. He got us all to stand on one side of the room before telling everyone who has had a one-night stand to walk to the other side of it.

Off we trotted, leaving three little mice all by themselves on the other side. The rest of us looked on, relieved. In this frigid-shaming exercise, I found myself lying a lot. Nudist beach?

Sex outside? Who hasn't!

And off I scuttled, betraying my uptight comrades like a sexually advanced Judas. Light ritual humiliation out of the way we got down to the good stuff. To the soothing tones of Zero 7 we shuffled around the room in a sort of rehabilitation exercise for dead-eyed commuters. 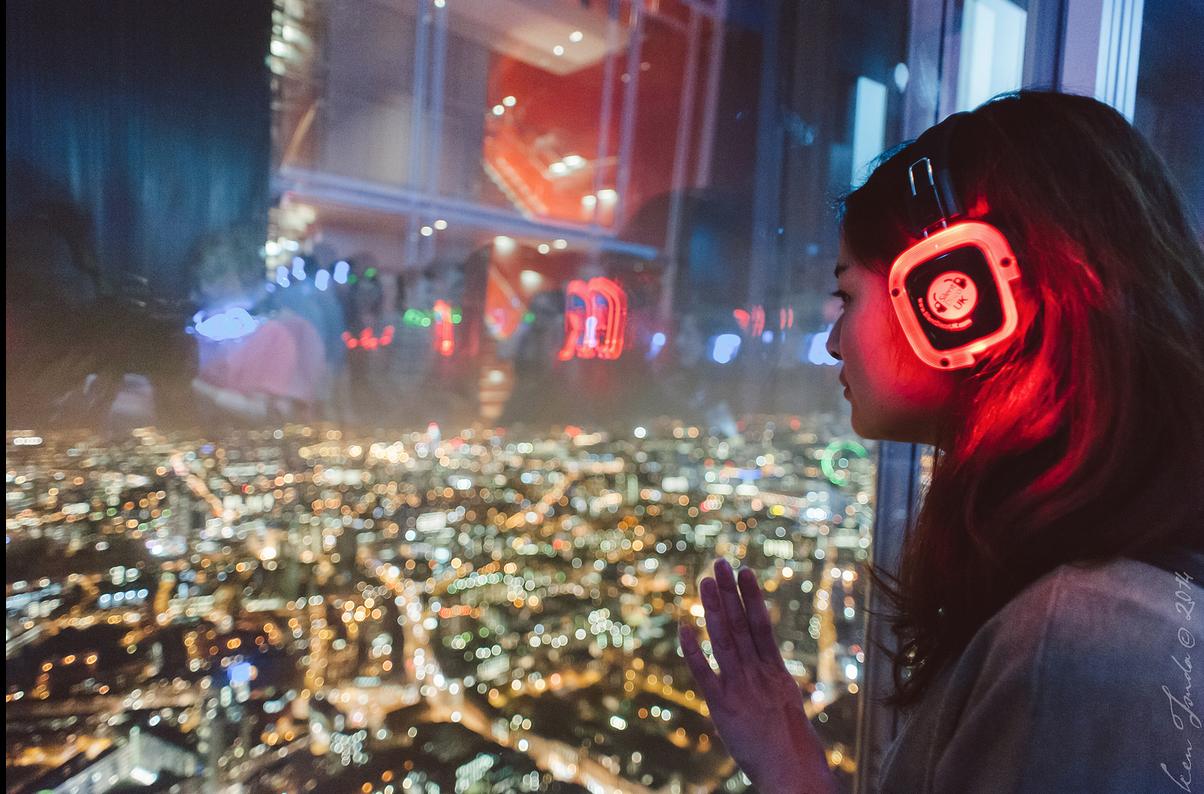 Adam managed to simulate a sort of "Mindfulness while changing lines at Green Park" atmosphere, and soon got us to train our gaze up each other's bodies towards the eyes. Once we'd all had a good gander at each other's dick and tits, things got a little more "hands on". We were asked to get in a circle and give the person in front of us a back massage. A rather frisky lady in a wrap dress got right to work on my tight shoulder knots and I'm not gonna lie, it was very sensual. I laid my own clammy paws on the bloke in front of me and gave him my signature spine thumbing.

Backrubs complete, I was feeling relaxed and ready to get gazing, but there was yet more finger fun to be had. Adam asked us to close our eyes and try to connect a digit with a member of the opposite sex, while he cranked up Pachelbel's Canon to full volume. I opened one eye and spotted a young girl with one arm folded across her body, eyes open purposefully trying to get a purchase on the finger of the hot blond in the room. For me, there was a lot of rejection.

Adam asked us to thank our partners a lot and there was much hugging. I didn't get the hugging memo, and was routinely left hanging for a high five. At one point, I also miscalculated the end of a game and was left blindly pivoting round the room with my index finger in the air. Say what you like about Adam's methods, you couldn't deny the good vibes. The room was rippling with the kind of warm awkward laughter you get when someone gets their head trapped in the tube doors.

Though these flirty games felt like a cross between a GCSE drama warm up and a pilates class, there was an intimation that all this was rooted in science. Adam would sometimes defer to his assistant "science guru" who was quite unconvincingly nicknamed "The Doctress", but later admitted he was just "sort of making it up", which made me wonder why The Doctress was even there. The daters of The Jam Tree gave no fucks either way about science; they were just there for the whacky.

After the end of the first half, we were advised to hush our beaks until part two kicked off, so daters legged it to the bar to order large white wines in Parseltongue. By the time the bell rang, I'd sunk two pints of Kronenbourg and ready to eye-fuck the living daylights out of a stranger.

The first customer in my one-stop love shop was a kind looking bloke in a T-shirt that read "Boom! He seemed to be finding the whole thing a right laff until I fixed him with my glassy booze gaze.

Looking for meaning, I ended up transfixed on the fleshy bits in the corners of his eyes, the pink, wet bits that look like the skin of peeled fish, while his eyebrows tried to engage me in conversation. After a sobering minute, number 12, a zany characted, used his paper for a game of noughts and crosses. The next one burped and blew it towards me.

The one after that I don't think realised his face was twitching at the mouth. People are loosening up a bit and laughter starts to fill the room. The jumping, Lucy explains, helps us tap into our physical bodies. The nonsense talk is a way to show us how we can connect to each other without using words. I just feel that at least there's no way I can make myself look any more of a twit as the evening progresses.

The embarrassing exercises aren't over, though. We're told to pair up and perform actions for each other to follow. A besuited man next to me waves at me. I wave back. Then he looks down at the floor and stays like that for what seems like an eternity. Thankfully, it's time for the first round of 'dates'. I find myself in front of Bearded Man again.

Adam tells us our minute has started. Beardy looks at me and smiles, pointing to my dangly earrings and putting his thumbs up. I don't know what to do so I just put my thumbs up back at him. Then we just sit there, twiddling said thumbs, as the minute slowly edges by. When the bell goes, we give each other a relieved smile and I move on to the next man, who has a wide face and freckles.

He gives me the earring thumbs-up again - who knew they would be such a non-talking point? The next man is a bit more inventive. He motions to ask if I play the piano.

I shake my head, but let out a long high note to show him that I sing a bit. He starts laughing.

This is good - laughing, I can do. In fact, as the round goes on, I start relaxing. One man manages to ask me by miaowing and pretending to stroke his non-existent whiskers if I have cats, so I nod and then bark at him to show I have dogs, as well.

I go on to master motioning the guitar, the accordion and mouth-organ, before having an entire 'conversation' about horses. Enjoyable experience: It's fun, inventive - and preferable to spending hours with someone droning on. Then I notice the woman next to me: she is stroking the man's hand and making murmuring noises, while he looks as if he is in heaven. Am I doing this all wrong?

I'm being bouncy, not seductive. During the break I share my fears with Adam. It's hard to reveal who we are inside because it makes us vulnerable.

He asks me to sit opposite him and communicate non-verbally. I look into his eyes and suddenly feel all warm and squidgy. Adam is somehow managing to convey honesty, fun, intelligence and a hint of sexiness - all in a single look.

He laughs, assuring me: 'It gets easier the more you do it.

Is Silent Speed Dating As Ludicrous As It Sounds?

During the second round, I desperately try to tap into my 'inner Adam', but it's really difficult to hold a complete stranger's gaze. I'm going for 'alluring' but I'm not convinced I'm not coming across as a lunatic.

Many of the men can't stop messing around. 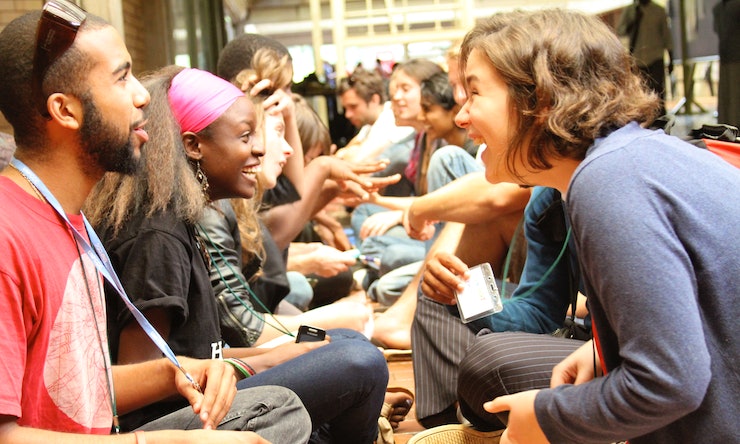 One keeps raising his eyebrows and making faces. The stare of the tall, dark man next to him is so intense I decide he may well be a serial killer. The gaze of the following chap is the most off-putting of the lot: unashamedly lascivious, and not in a good way. He raises his eyebrow, licks his lips and makes small, semi-silent moans. I squirm uncomfortably. Still, by the end of the evening, I'm enjoying the whole experience. It's been fun, inventive and infinitely preferable to spending hours with someone droning on.

I think I've caught a bald guy's eye, and may even have bonded with an attractive man wearing a diamond-patterned jumper. At the end, I dash home, fretting over whether anyone will have ticked me to indicate they'd like to see me again.

The next day I call Adam: 'How did I do? I sit there in indignant silence.

That means ten crosses. Did diamond-patterned man or the bald guy tick me, at least?

Why on earth not! This sends me into a spin. I obviously can't read the non-verbal cues at all. Still, I don't tell Adam I didn't tick anyone.

Silent dating london - How to get a good man. It is not easy for women to find a good man, and to be honest it is not easy for a man to find a good woman. If you are a middle-aged man looking to have a good time dating man half your age, this article is for you. Rich man looking for older man & younger man. I'm laid back and get along with everyone. Standing with 13 other nervous women in a room above a central London pub, I'm about to make what may be my most bizarre attempt to witness people . On April Slow Dating Vienna hosted a silent dating for the very first time in Vienna. Tickets have got quickly sold out. Big channels of communication also talked about the unusual event in the city (see what the media says).

I suppose he is right, but I was hoping for more tangible results. So can you find love without saying a word?

I can see how it could be possible and, even though I didn't, it was a fascinating way to spend an evening.